In 2009, Fieke came to De Yoga Studio to follow yoga classes and yoga training because she wanted to be able to use more bodywork in her work as a trainer / coach. What she did not know at the time was that from 2015 she would be the studio manager of De Yoga Studio.

"Not just a studio, but a studio that has built a good reputation since the beginning, some 15 years ago, not least because of the great team of teachers, other employees and loyal yogis who have been practicing with us for many years." 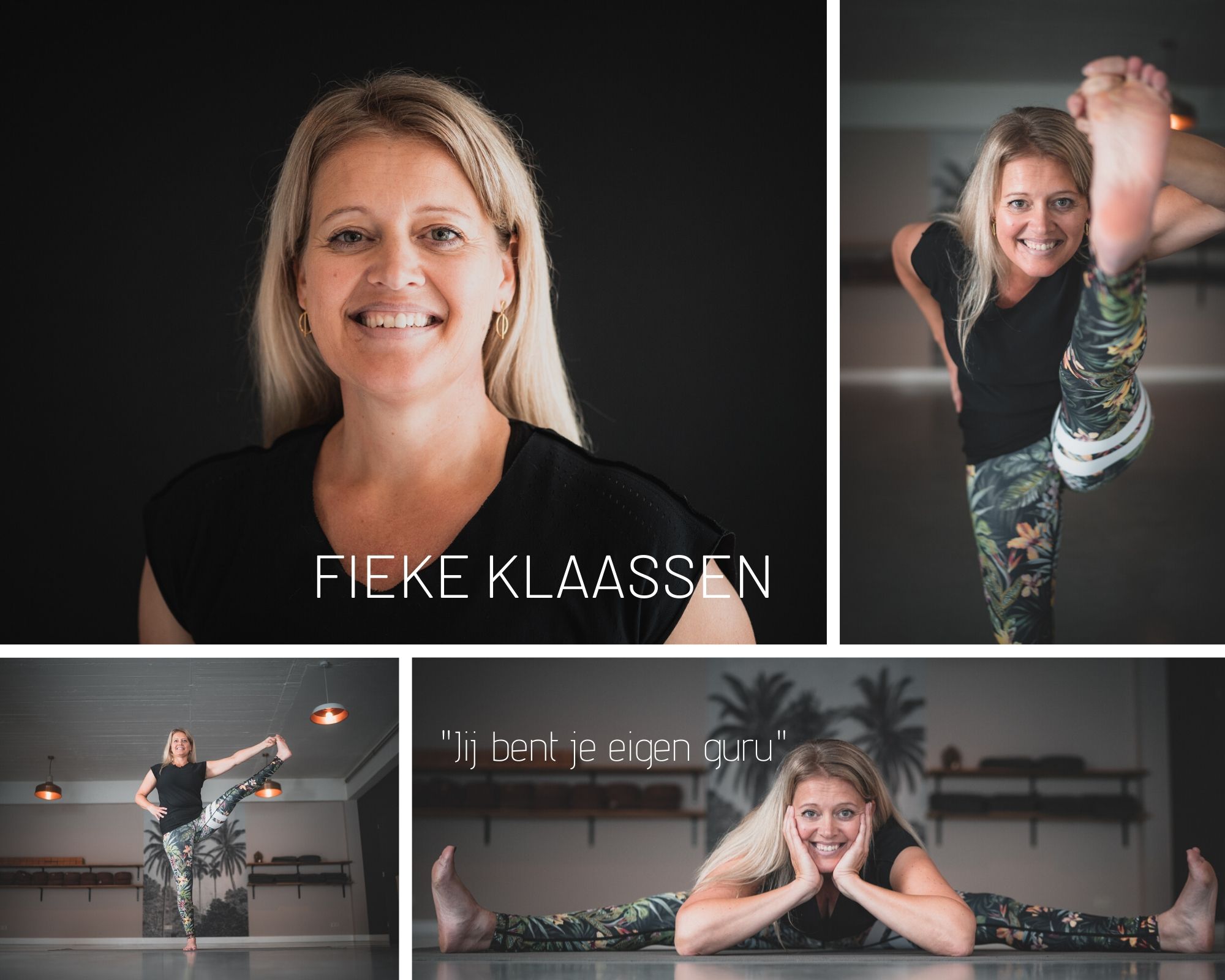 After a start as a sales and marketing professional in the hospitality and pharmaceutical sector, Fieke ends up in "trainers country" through field training and coaching. Through the gym where Fieke had been following body spinning for some time, Fieke ended up at De Yoga Studio. Yoga works like a mirror for Fieke, it influences her both on and off her mat. She lives more from feeling and intuition. And in everything she does, Fieke applies: it is not about the effect of the journey but about the journey itself.

In 2010 she followed the Ashtanga Yoga Intensive Training at De Yoga Studio. Since then, the Ashtanga practice has caught her heart. In addition to the physical influence that the asana practice has, the meditative and spiritual side does not leave her untouched. In addition to being a yoga teacher, she is also a mindfulness trainer and regularly travels to Mysore, India to study with her yogateacher Sharath Jois, to further deepen her yoga experience. In addition, she also continues to train herself in the areas of more Western psychology (including systemic works: family and organizational constellations).

In the guided yogaclasses Fieke brings her students to a state of meditation in motion in which, as Fieke often experiences herself, she can get rid of all the patterns, thoughts and feelings that cause unrest in the hectic world in which we live. She challenges her students to push boundaries in all kinds of areas, to experience that they can do more than they think and in this way discover the beautiful pearls of yoga. She especially likes to share her passion for yoga in the ashtanga msyore style classes and is main teacher of the the Yoga (teacher) Trainings at De Yoga Studio.
Fieke likes to walk with you on your yoga journey, but leaves the responsibility with you. You are your own guru, your own teacher.

Back to the overview
Next